In July 2011, Kendrick Lamar’s debut album Section.80 fell from the sky, released independent of a label, exclusively online. It peaked at 13 on the Billboard Top Rap Albums, good enough for the national hip-hop consciousness to let onto its outskirts 24-year old Kendrick, the 5’6” dude from Compton who didn’t really smell like Compton, who could contort his voice to make any two words rhyme, gifted with dexterous flow and lyrical wit. Section.80 was about what it meant to be a Reagan baby, and in spite of this heaviness it maintained an air of freshness.  Kendrick emerged, albeit quietly, as a rapper who could straddle the line between style and substance, who could OWN that line, who could wax semi- intellectual and give his songs artistic meaning without sacrificing hip hop’s seductive swaggadiocio. A couple days ago, he released good kid, m.A.A.d. city on Dr. Dre’s label Aftermath, and so it is likely to catapult thoughtful Kendrick into the mainstream.

GKMC has a pretty clear central conflict: Kendrick v. Compton. It is the story of Kendrick’s late adolescence, old enough to go forth with his friends to explore and experience the world of drugs and gangs and violence in which they lived. The cover of GKMC features a picture of baby Kendrick being held by his uncle, whose fingers are curled to form an unmistakable C, for Crip. Kendrick was born a child of Compton, a place that agitates the transition from youth to adulthood, and he is both seduced by and wary of the gangbanger lifestyle. At one point he asks, “But what am I supposed to do, when the topic is red or blue?”

It’s safe to say that the dominant trait of most rappers is their bravado, and that’s what makes Kendrick Lamar different: he exists internally. He stays within himself, perhaps in part from some instinct of self-preservation, in part from some inherent quality of his personality. GKMC comes alive in Kendrick’s imagination; he reaches back to his memories like a kind of dance, shifting toward and away and around them in a way that gives you a direct feed into his mind.

The album includes 15 songs, but is effectively 11 with 4 bonus songs. Almost all of the core 11 songs are characterized by interludes that act as segues between songs, so that they are less like songs and more like ‘scenes’. The interludes can be divided into 2 types – voicemails from his parents, or dialogue from his friends – this way, you know he’s out in the world, kickin it.

The interludes irritated me when I first listened through GKMC, because they are lumped onto the end of each song rather than allocated to their own track, thus making it harder to not skip over them. But eventually realized that the interludes deepen the world Kendrick creates. They give personality and ‘humanness’ to the opposing forces of Kendrick’s parents and his friends, because you hear their actual voices. This conflict plays out externally in the interludes, but also internally, in Kendrick’s lyrics, and in the space where these two planes intersect. Sometimes the tug of war between his parents and his friends occurs within a single song, sometimes indirectly from one song to another. It is to Kendrick Lamar’s great credit that GKMC is stronger when looked at as a single piece of work than as a series of individual tracks.

The tension that drives the album is established in the opening song ‘Sherane’, in which Kendrick tells the tale of his first girlfriend; in the final verse, he drives to her house, only to be confronted by two shadowy men en route to her door — the moment his phone rings. The song cuts to an interlude, a voicemail from his mom asking for her van back. Kendrick heightens the drama by squaring off the two opposing forces in a single place in time. In contrast, the interlude ending the 2nd track puts the 3rd and 4th tracks in context. His friend yells, “K-Dot [his nickname], we got a pack of blacks and a beat CD, get your freestyles ready.” Presumably, they are about to kick it.

The next song, ‘Backstreet Freestyle’, features the sort of mindless stuff that comes off the top of a 17-year old’s dome: “Damn I got bitches, damn I got bitches, daaamn I got bitches, wifey girlfriend and mistress.” This proceeds naturally to the next song, ‘The Art of Peer Pressure’ – Kendrick’s storytelling at its finest. Kendrick’s intro is something of his own quasi-interlude. He sings, “really I’m a sober soul…really I’m a peacemaker, but I’m with the homies right now,” at which the beat takes a turn for the melancholy and he dives into the first verse, young prospective gangbangers out one night on the town. “Me and my niggas four deep in the white Toyota/ A quarter tank of gas, one pistol and orange soda/ We on the mission for bad bitches and trouble.” Throughout this unsavory adventure, Kendrick wonders if his bad deeds will suffer karmic justice. Introspection, it seems, is not a trait Kendrick has developed over time. It is something he has carried with him all his life.

Over and over again, peer pressure drives Kendrick to be more hedonistic – causing trouble, and also getting supremely fucked up. In ‘m.a.a.d. city,’ he explains his encounter with PCP-laced weed, voice tweaked to exaggerate his distress: “And they wonder why I rarely smoke now/ imagine if your first blunt had you foamin at the mouth.” In the concluding interlude, his friend chides Kendrick for “always acting all sensitive and shit”, then tells another friend to pass the bottle — a seamless segue into ‘Swimming Pools (Drank)’, the album’s first single. Kendrick externalizes the chorus — “someone said to me/ nigga why you baby sippin only 2 or 3 shots, Imma show you how to turn it up a notch” — in contrast with the second verse, in which he adopts the viewpoint and funky voice of his conscience. Clearly, Kendrick likes to kick it. But clearly kickin it in Compton is a slippery slope. Kendrick directly acknowledges this in the act of creating GKMC. Rapping is an escape from the “funk”, an alternative outlet of self-expression, and ultimately, a route to financial stability.

As if GKMC’s themes weren’t weighty enough upon the listener, it takes 64 minutes to get through the 11 core songs — 5:45 per song. That is absurd. You might call it longform rap. And while GKMC has elements of Weekend-style R&B and Dre-style g-funk, it mostly reminds me of a jazz album, because of its length and also the ways Kendrick uses that length.

Jazz tends to put emphasis on the soloist rather than on the hook. Most of the hooks on GKMC take the backseat to Kendrick’s verses. The persistent interludes and the fact that a few songs are actually two songs in one track further dilute the importance of the hook. The interludes actually sort of serve as the hook for the album as a whole. It’s like how John Coltrane uses a specific melodic theme on A Love Supreme to bring unity between the four esoteric movements.

Improvising comes off the dome — there is a stream of consciousness to GKMC, both in the way the album looks back into Kendrick’s memories. Improvising is about phrasing, making shapes, variations on shapes, also shaping the entire solo and song into a single aesthetic whole. You see this in the way Kendrick uses different voices to set different moods. His main organizing principle is rhyme schemes rather than lyrics, putting him into a box and actually forcing him to stretch his imagination to find the right word and overall image. On ‘Compton’, he dubs himself “King Kendrick Lamar”, something he wouldn’t have done if it didn’t alliterate.

I don’t mean to put Kendrick in the league of Coltrane. But whereas some hip-hop invokes jazz by using jazz harmonies in beats, GKMC invokes jazz in the way it is constructed — the way it emphasizes Kendrick’s internality, the de-emphasis of hooks, the longform, and in the way his rhyme schemes function as chord progressions — giving himself parameters that in a way expands his melodic potential.

If Section.80 showed Kendrick’s awareness of where he exists in time, GKMC shows his awareness of where he exists in both space and time, in the context of Los Angeles. The album reeks of LA. It features verses from the progenitors of LA hip-hop, Dr. Dre and MC Eiht. The first two big rap groups out of Compton were N.W.A., led by Dre, and Compton’s Most Wanted, led by Eiht. Both groups emerged around 1990, not long after the crack epidemic broke out. The Compton known to Kendrick was largely shaped by that influx of crack. GKMC is about the Compton of the last 25 years, the lifespan of Kendrick himself. Compton, Compton, Compton. Kendrick has trouble escaping it, and neither can the listener. A lot of rappers talk about life in the hood, but rarely do they do it with the detail and persistence of Kendrick on GKMC. He applies the constant heat and action of LA’s 12-month summer to his accounts of Compton, which seems both to him and to us as the unblinking eye.

Good kid, m.A.A.d. city is not the easiest album to listen through. It’s not very catchy, and it is easy to grow weary of the long songs and long verses and persistent interludes. This density is the album’s shortcoming, but at least it came from a conscious, artistic decision. GKMC is one of the greatest artistic achievements in hip-hop’s brief history. It establishes Kendrick Lamar as one of the most creative MCs and deepest thinkers in the game. He is emotional, but not emo like Drake in Take Care. Both are relatively internally inclined rappers, but the distinction is that Kendrick looks deep inside himself as a lens to capture the essence of Compton and the state of the black ghetto in America. Just as the chorus in GKMC’s final song croons, “Compton, Compton, ain’t no city quite like mine” — there is no rapper quite like Kendrick Lamar, who goes through life with his hoodie up. 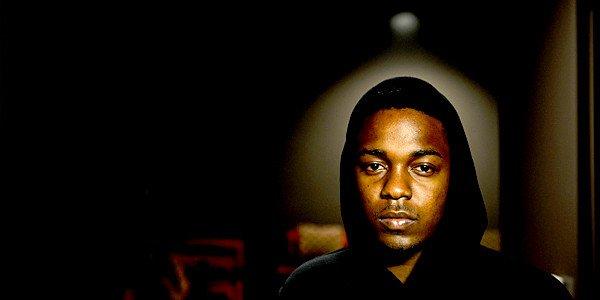